Patriotic. Powerful. Meaningful. Memorable. Stories and lessons from a front row seat to Ronald Reagan’s inspiring life, told by the woman who sat directly outside his office every day for 10 years. To invite Peggy to speak, please complete and submit the Speaker Request Form. 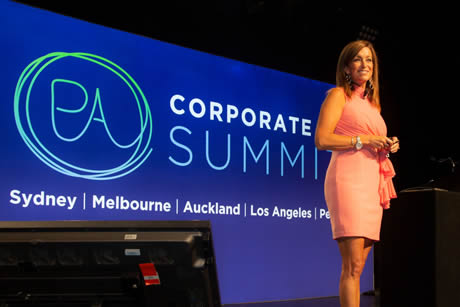 Peggy Grande was Executive Assistant to U.S. President Ronald Reagan from 1989 – 1999, after he left the White House. She is author of the book, “The President Will See You Now: My Stories and Lessons from Ronald Reagan’s Final Years”, which details her decade serving this iconic figure.

She is an international keynote speaker, TV and radio commentator and widely published opinion writer.  She was Chair of World for Brexit, a global coalition standing in support of democracy worldwide, and was national spokesperson for a California ballot initiative. Peggy served the Trump administration as a political appointee and considers it the honor of a lifetime to have worked for two Presidents of the United States in both support and strategic roles.